A silkscreen-printed map featuring all 105 neighborhoods of Detroit. 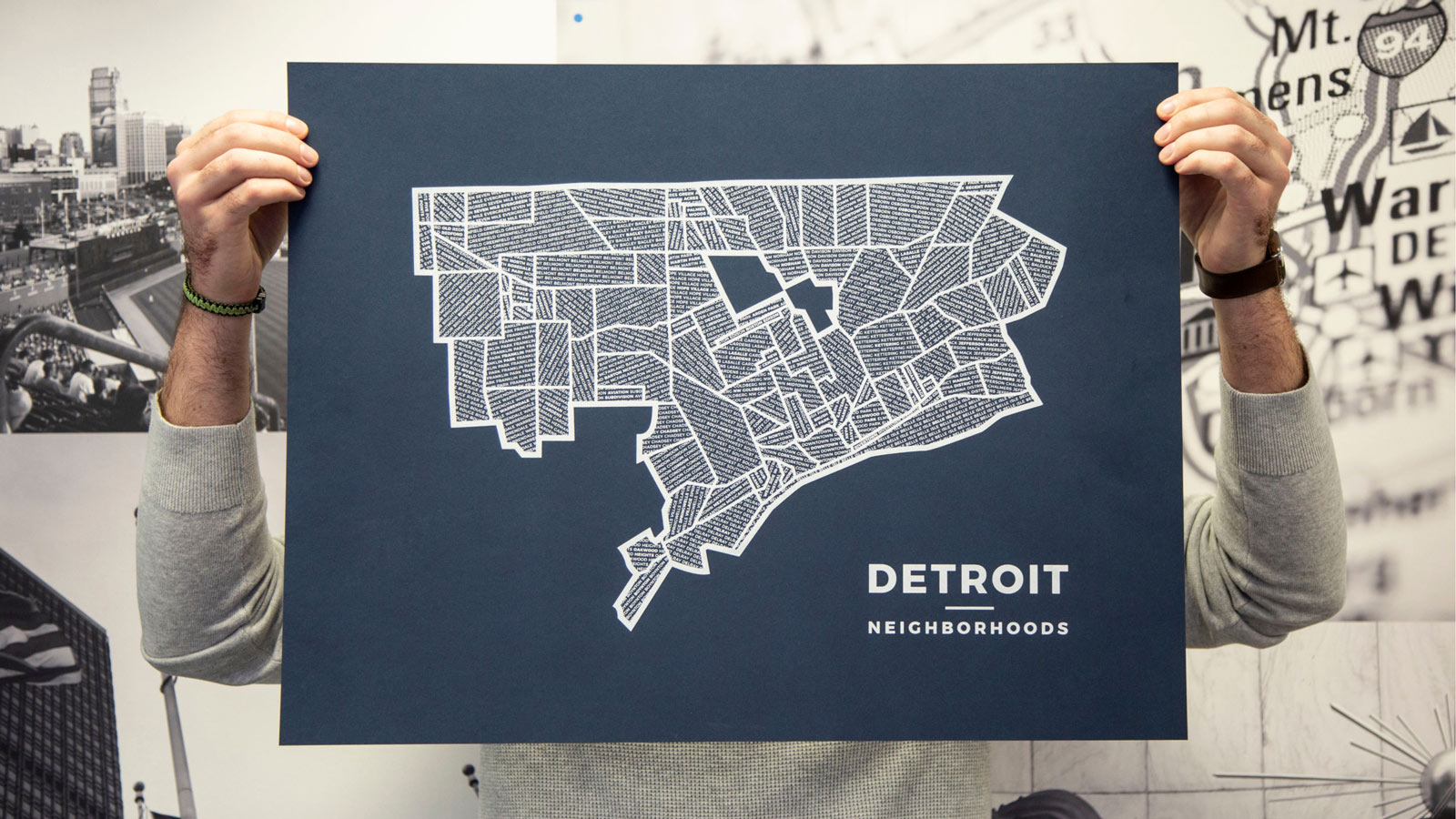 In starting to explore downtown more on my bike, I began to wonder how many neighborhoods there were in the city. Upon doing some research, I was unable to find a decent Detroit neighborhood map. 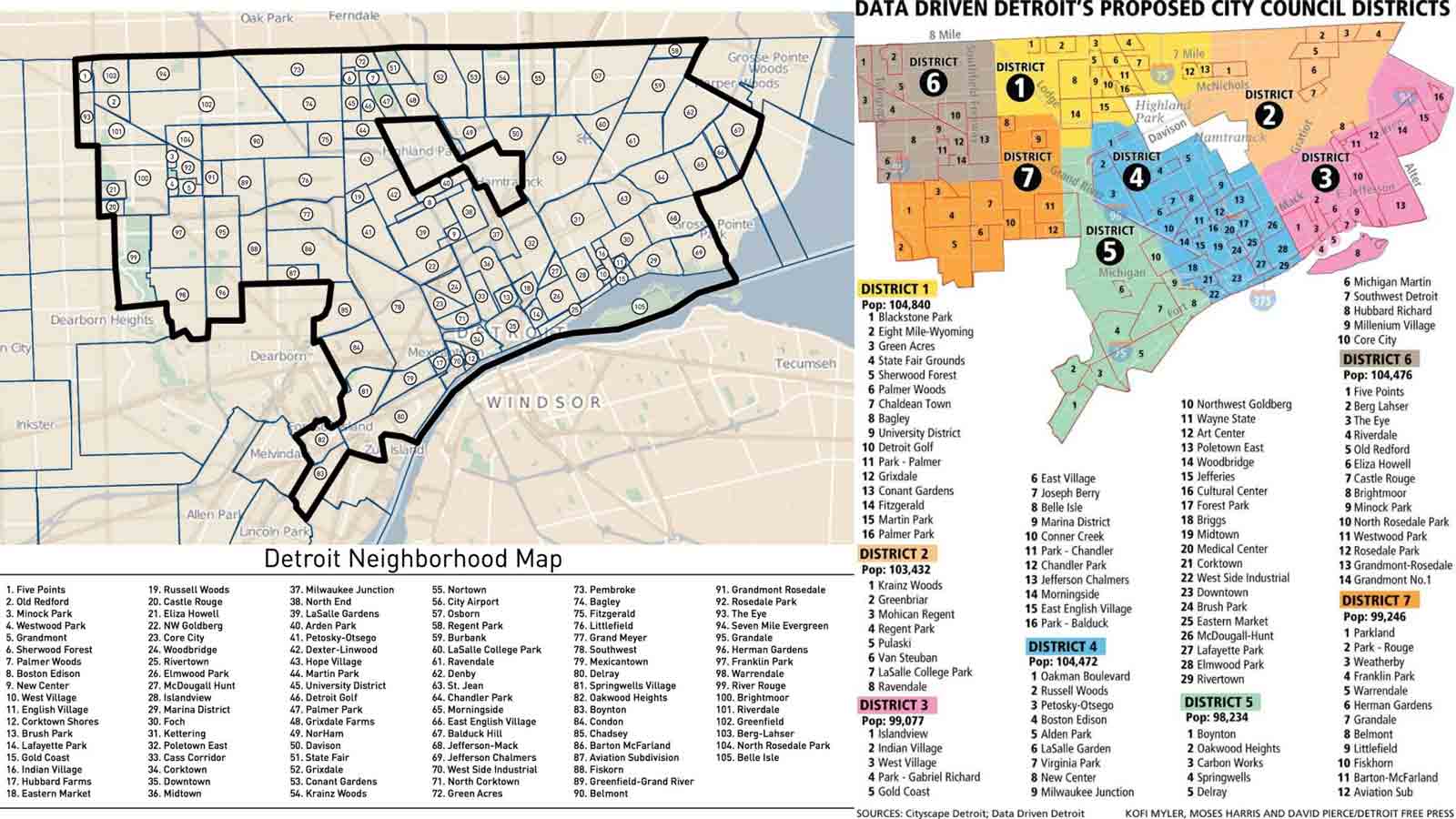 In using the existing maps I found online as a guide, I designed a more useful and visually pleasing map. 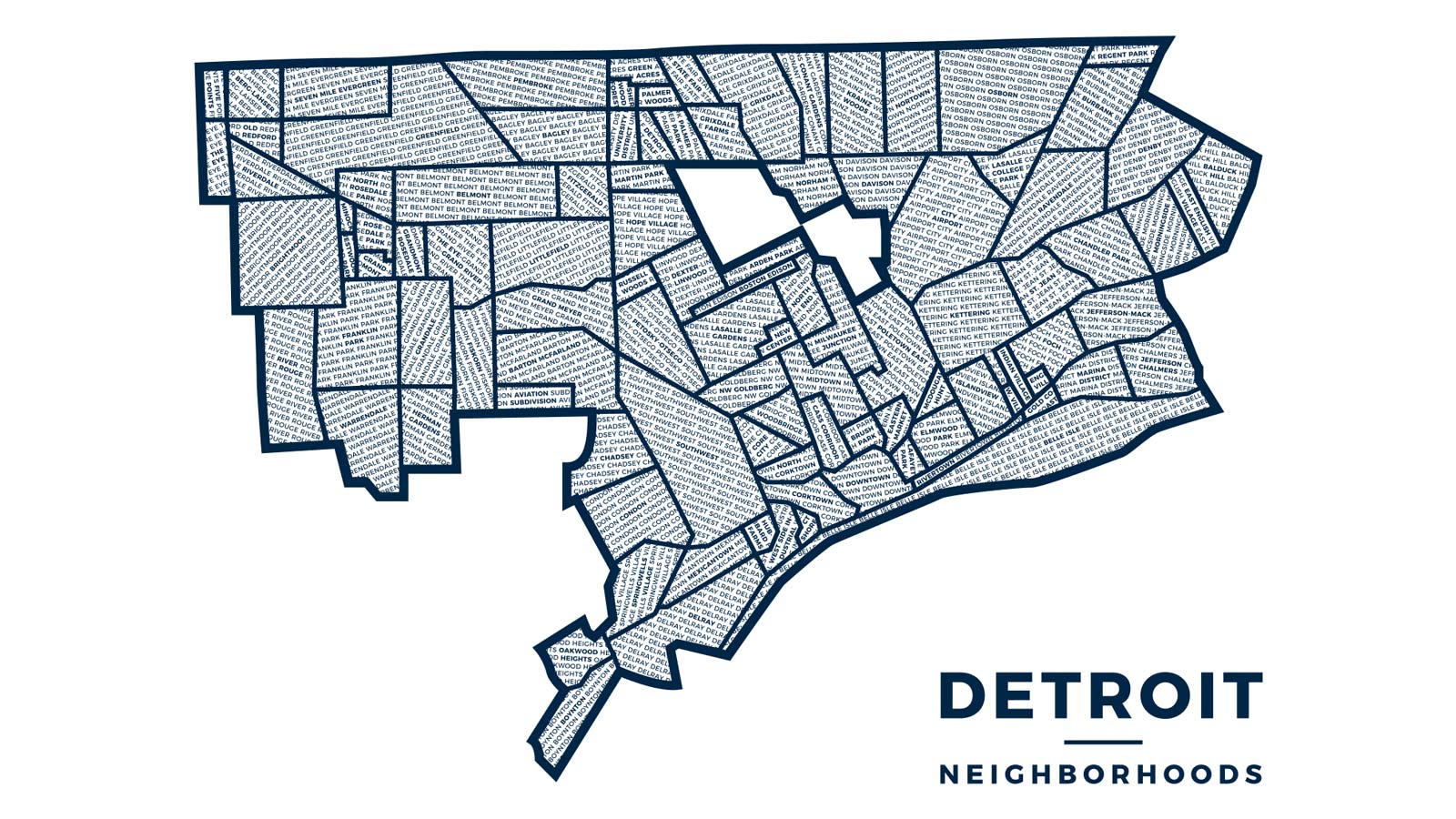 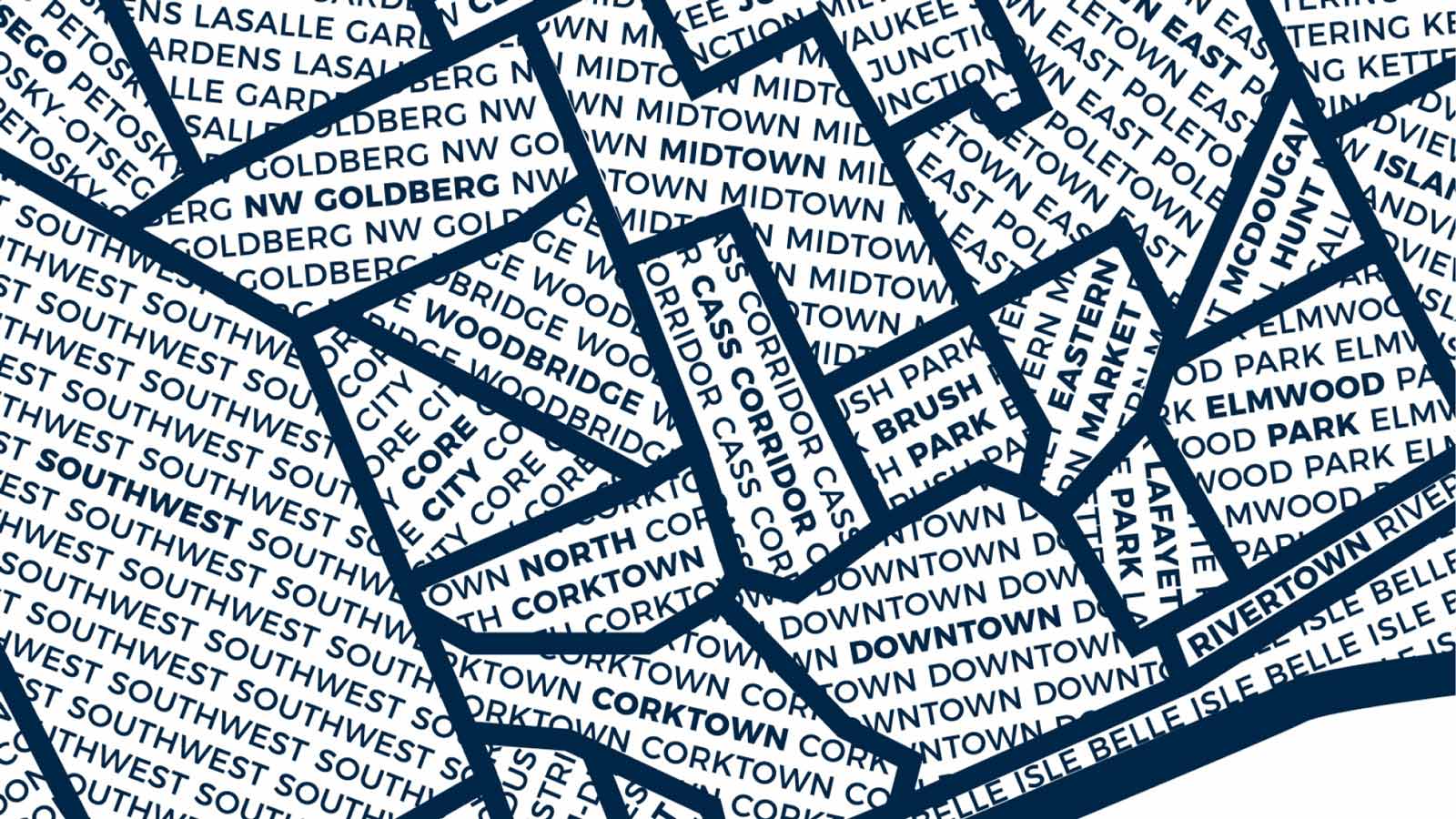 After screen printing the initial batch myself, I partnered with a local print shop and retailers like Pure Detroit and Signal Return to sell more prints. 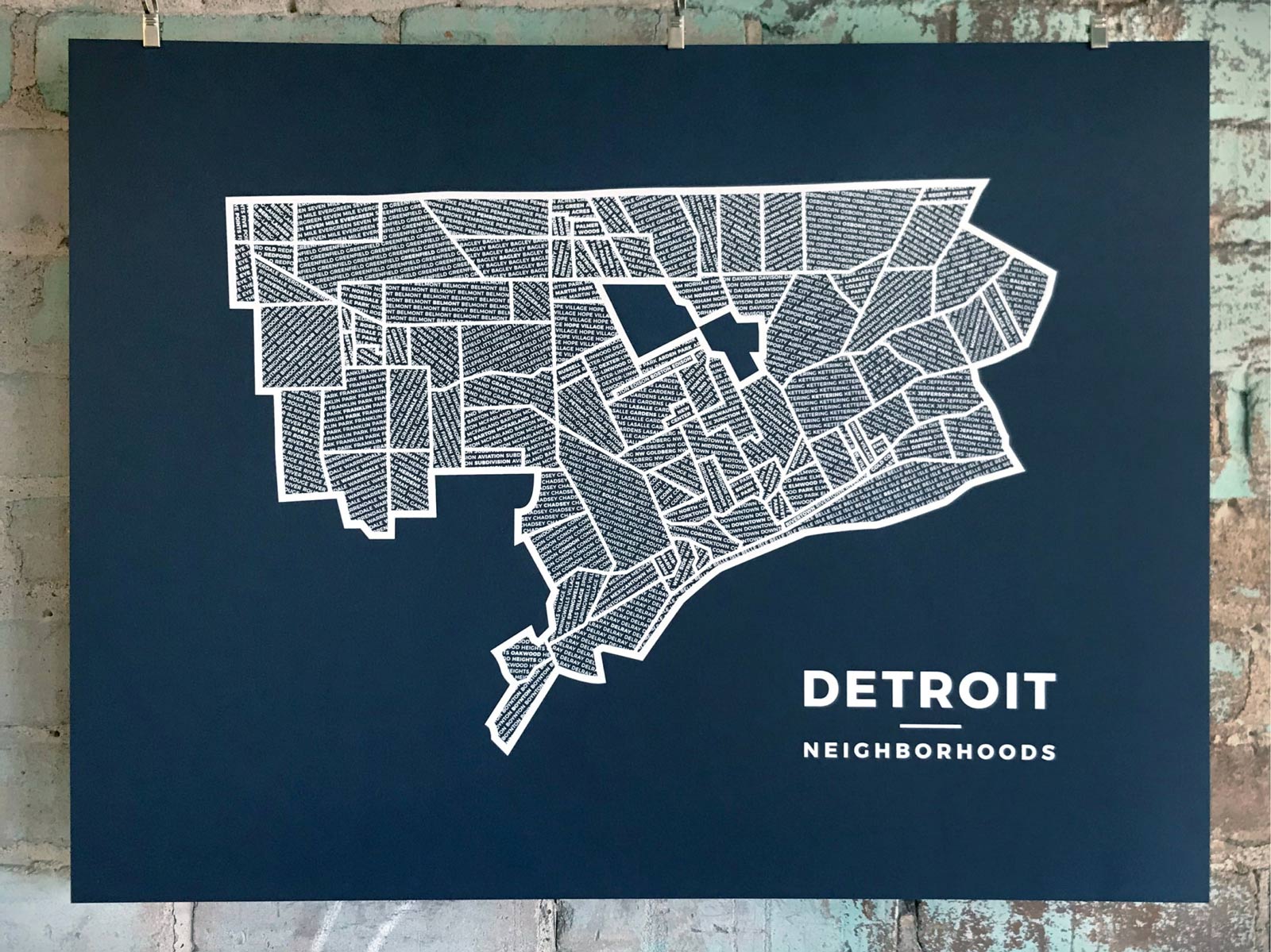